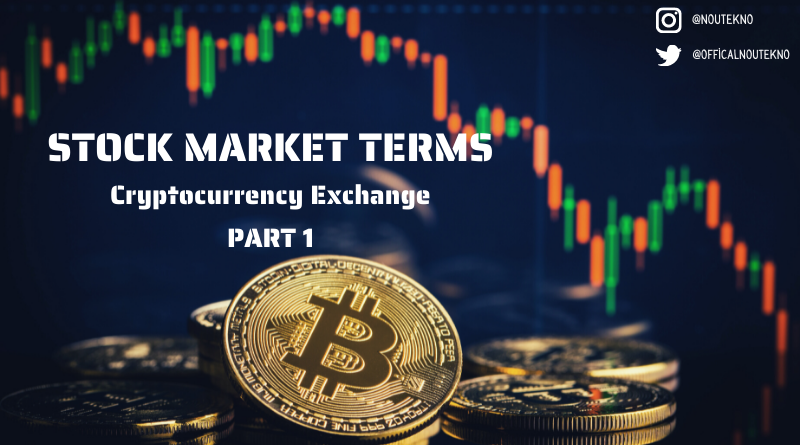 There is now a different type of money used in trading from the past to the present. These are called cryptocurrencies. Cryptocurrency has gained popularity in the world recently. People now generate additional income by buying and selling on exchanges. There are a lot of terms to know when trading on exchanges. In this article, we will explain the terms and explanations of the exchange for those who want to learn about the cryptocurrency exchange.

As the first stock market terms, people who want to buy crypto money come across two terms, one is a coin and the other is a token. So what are their explanations?

What are TOKEN and COIN?

Token: The most easily separated aspects of tokens and coins are that the tokens do not have a blockchain of their own. You can think of it like a plane ticket. You cannot buy food or shop anywhere with a plane ticket. It grants limited privileges. It shows its value only when boarding the plane.

Coin: Coins with their own blockchain platforms. It has encryption features that store value over time. It is basically a digital currency equivalent. For example, bitcoin is a coin and has the same features as a regular currency.

Now that we understand the difference between Coin and Token, let’s take a look at the blockchain in their definitions.

Blockchain can be represented simply as a ledger. It is a virtual notebook that displays all kinds of data available in the market. It can track the flow of goods on the market, the trades, and who the owners of the artworks are today.

Blocks: Data blocks that are permanently saved on the blockchain network.

Bitcoin: It is a virtual currency that is not affiliated with any bank or official institution. Its founder is Satoshi Nakatomo. Today’s cryptocurrency market is the largest coin in the market thanks to its market capitalization and infrastructure.

Altcoins: With the emergence of Bitcoin, coins have emerged as an alternative to Bitcoin. These are called altcoins, abbreviated as “alternative coins”. We can give ETHEREUM as an example.

It is the free distribution of coins that will be newly included in the crypto money market.

What Is Bullish (Bull Season)?

The period when cryptocurrencies increased over time.

What is Bearish (Bear Season)?

The period when cryptocurrencies decline over time.

What is ATH (All Time High)?

The all-time high and record-breaking level of any coin.

What is ATL (All Time Low)?

The lowest level that any coin has fallen in all time.

What is KYC (Know Your Customer)?

Information that exchanges collect about their customers in accordance with the law.

What is ICO (Initial Coin Offering)?

It stands for the cryptocurrency supply. Cryptocurrency or tokens produced to raise funds for projects, Bitcoin or Ethereum etc. It describes the situation in which it is put up for sale in return.

What is GAS fee?

When making a transaction, it is used to calculate the amount of fees that must be paid to the network to fulfill that transaction.